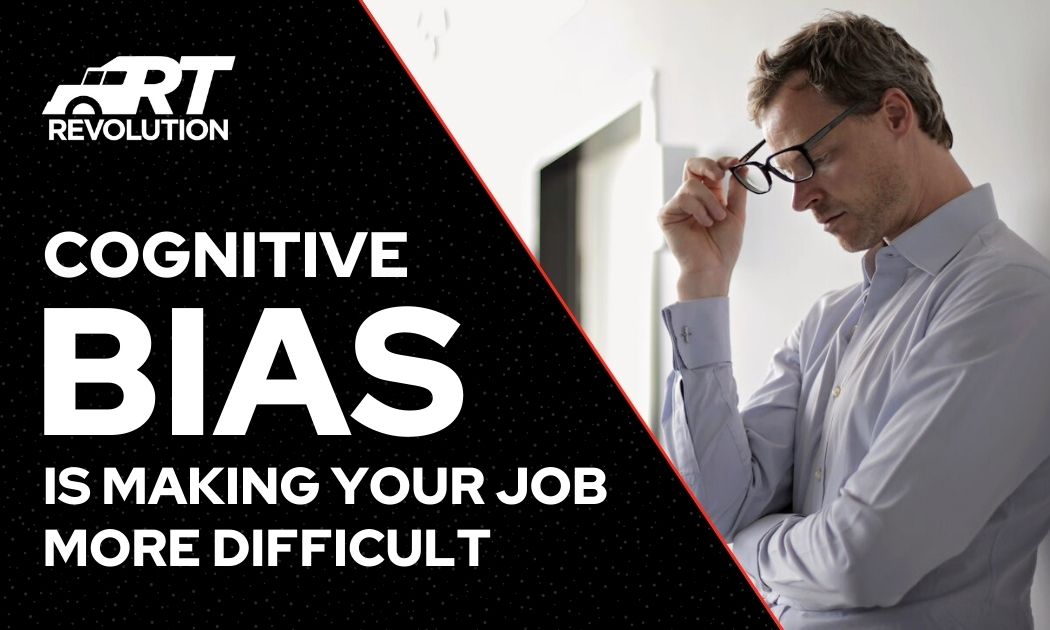 If you, like me, are a human being, then you have a certain number of cognitive biases. In fact, it’s difficult to function without a few biases in order to move throughout your day. Most of them you are not even aware you’re making. Unfortunately, most negative outcomes can be attributed to one form of bias or another. I want to make you aware of how cognitive bias negatively impacts your job. Let’s start by defining cognitive bias.

If you, like me, are a human being, then you have a certain number of cognitive biases. In fact, it’s difficult to function without a few biases in order to move throughout your day. Most of them you are not even aware you’re making. Unfortunately, most negative outcomes can be attributed to one form of bias or another. I want to make you aware of how cognitive bias negatively impacts your job. Let’s start by defining cognitive bias.

In its simplest form, cognitive bias is an error in one’s line of reasoning when the decision is flawed by personal beliefs. Cognitive errors play a major role in behavioral science and represent an entire field of study. For our purposes, we will limit them to the top 7 types of bias common in day-to-day business.

Overconfidence Bias results from one’s false sense of skill, experience, or self-belief. It is probably the most prevalent and dangerous form of bias in business. The most common manifestations include illusion of control, timing optimism, and the belief that something will happen because you want it to happen.

‍Herd Mentality is when managers blindly copy and follow what other leaders have done. When they do this, they are being influenced by emotion, rather than by independent analysis.

‍Loss Aversion is the tendency for managers to fear losses more than focus on trying to maximize ROI. The more losses one experiences, the more loss averse they likely become.

Framing Bias is when someone’s decision is based on the way information is presented to them, rather than based just on the facts. In other words, if someone sees the same facts presented in a different way, they are likely to come to a different conclusion about the information.

‍Anchoring is the idea that we use pre-existing data as a reference point for all subsequent data, which can skew our decision-making processes. The most common form of anchoring is the order in which information is presented, first or last. It can dramatically change the outcome.‍

Confirmation Bias is the idea that people seek out information and data that confirms their pre-existing ideas. They tend to ignore contrary information. This can be a very dangerous cognitive bias in business.

‍Hindsight Bias is the theory that when people predict a correct outcome, they wrongly believe that they “knew it all along”. This can lead to drastically wrong decisions in the future.

David is the COO of Q Company, a growing 3rd-party call center. The executive team decided to upgrade their phone system to better serve their clients, end-customers, and employees. They expected a 20% increase in productivity for a savings of over $1 million per year. The new phone system project was not to exceed $100,000 and they needed to go live in 90 days, just in time for the kick-off of a new major client, American Airlines.

David was the obvious choice to head up the project because of his experience. He oversaw phone system upgrades at 2 other companies – one as a consultant and one as the VP of Operations. David has only been at Q Company for 6 months, so he wanted to show the organization that they hired a superstar. You can guess how the project turned out. Here we go.

To accelerate the timeline and finish 30 days early, David wanted to use Company X in conjunction with their leading managed service provider. He had worked with both firms before. Because he needed three bids, he used Google to identify X’s top 2 competitors – Company Y and Company Z.

He sent each of them the project specifications in order to bid on the project. Within 1 week he received all three bids, each of them being under the budget and target date, and within 5% of each other. He picked a day for each company to present their case via a 1-hour Zoom session – Company Y in the morning and X and Z in the afternoon.

Company Y was the least expensive option and their presentation was phenomenal. They touched on all the pain points, used relevant case studies, answered all his questions, and better yet, they had their CEO lead the presentation. David was impressed.

With the executive team’s blessing, David proceeded with Company Y. Unfortunately, the project finished in 120 days, was $25,000 over budget, and all the stakeholders hated the new system. What in the world happened?

As you probably guessed, when the executive team conducted a project post-mortem, they found David had encountered all 7 forms of bias. No wonder the project was a disaster.

The last phone project David led went flawlessly. He saved the company over $50,000 and received a promotion and pay raise. From that point on, David believed any project he led would be a success.

Clearly, hindsight bias played a role. David’s prior experience and need to impress the team led to overconfidence bias. He never brought the rigor this important project demanded. Rather than looking at the solutions that best fit his company’s needs, he lazily selected Company X’s two main competitors. Yep, herd mentality. David exhibited loss aversion when he tried to save a few bucks with the low-cost solution. It ended up costing him a lot more as Company Y had never worked with the service provider before this project.

David fell in love with Company Y, the first presenter, because of their story and the fact that the CEO was the main presenter. He didn’t really pay attention to the other two in the afternoon. A clear case of both framing and anchoring bias. During David’s lunch break, and before X and Z presented, he went online to read the reviews of Company Y. They had a 4.5 star rating and stellar reviews. Little did he know, more than half of the reviews were fabricated by the company. He never bothered looking at the reviews of the other companies. You guessed it – confirmation bias.

Moral of the Story

Bias can be a job killer, or worse yet, an actual killer. Think about the ramifications of a structural engineer or a space shuttle scientist exhibiting bias. Could be deadly. It can lead you down the wrong path from the start and blind you from reality. Bias is insidious as it creates the illusion that everything is just fine. It’s scary because it obscures the truth and continues to point you in the wrong direction. The good news is that bias can be easily avoided if you are aware of the different types in advance…and conduct a daily sanity check.

Expedited Freight Shipping: What Is It? 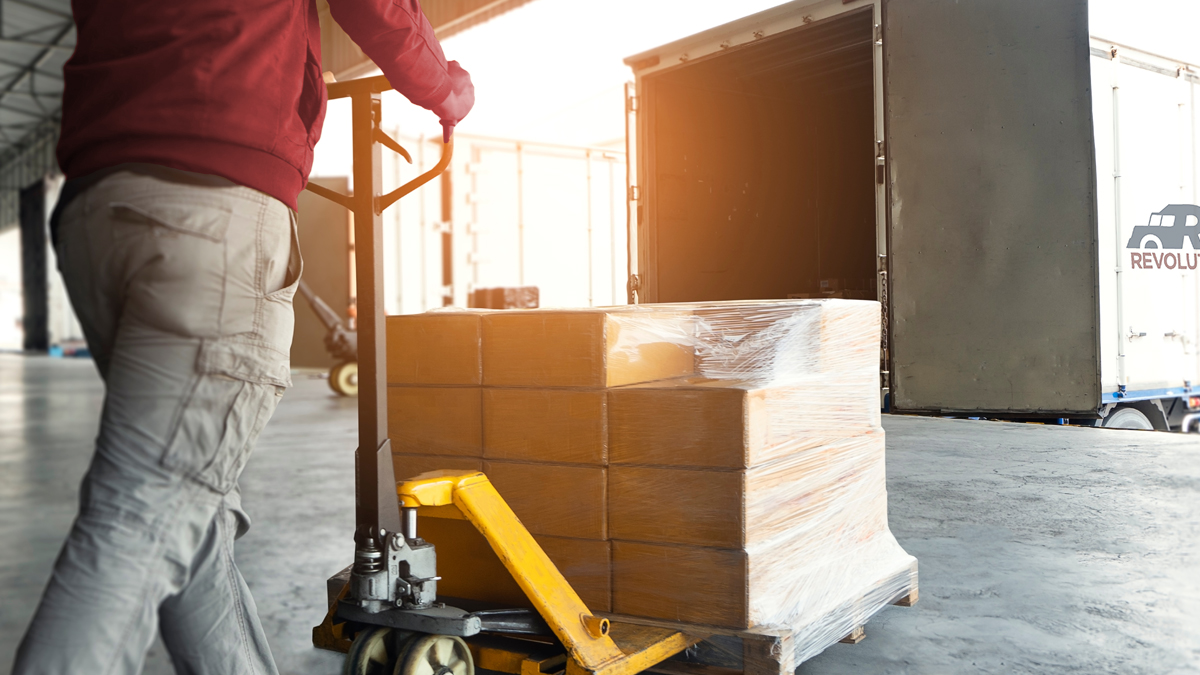 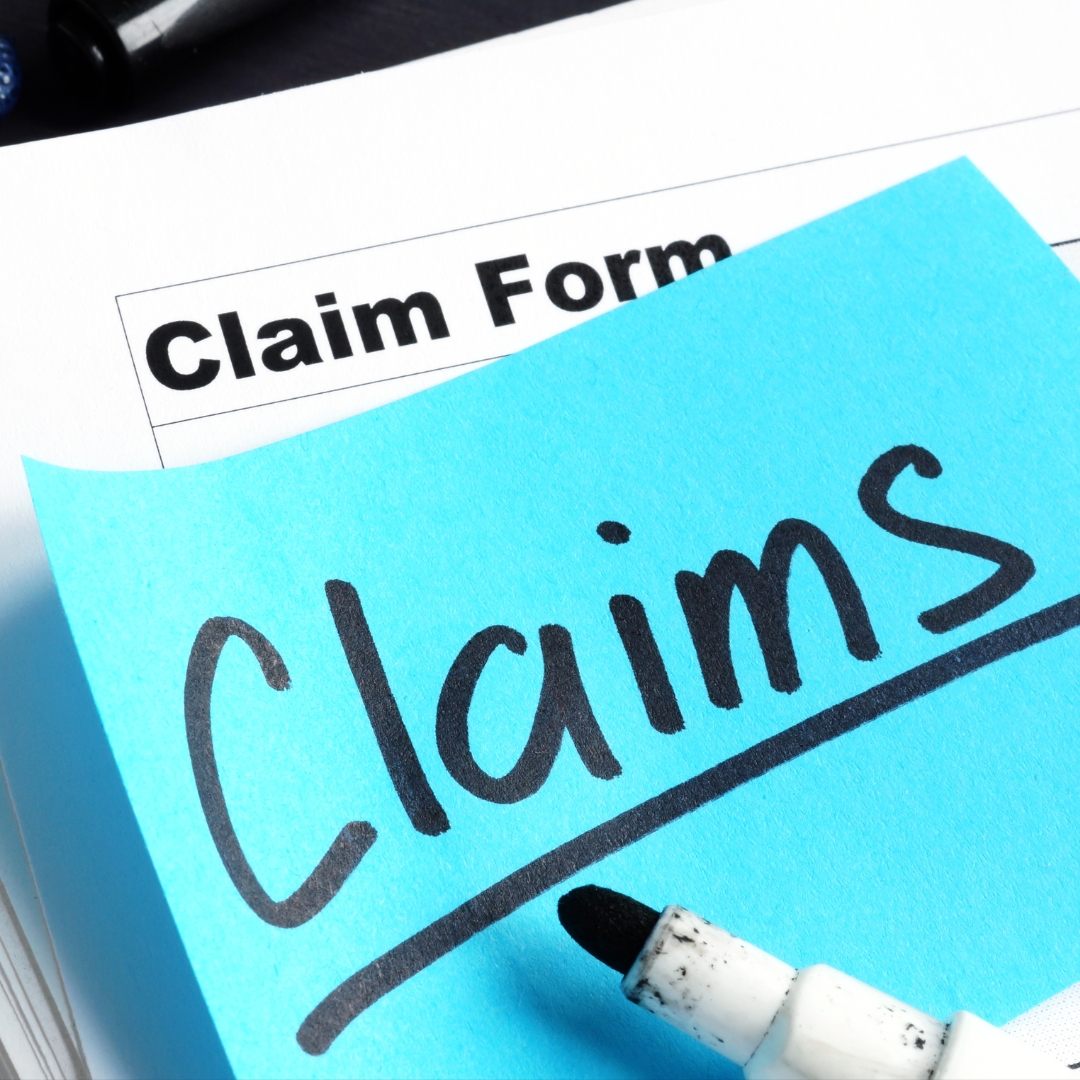 What Is Power-Only Trucking? 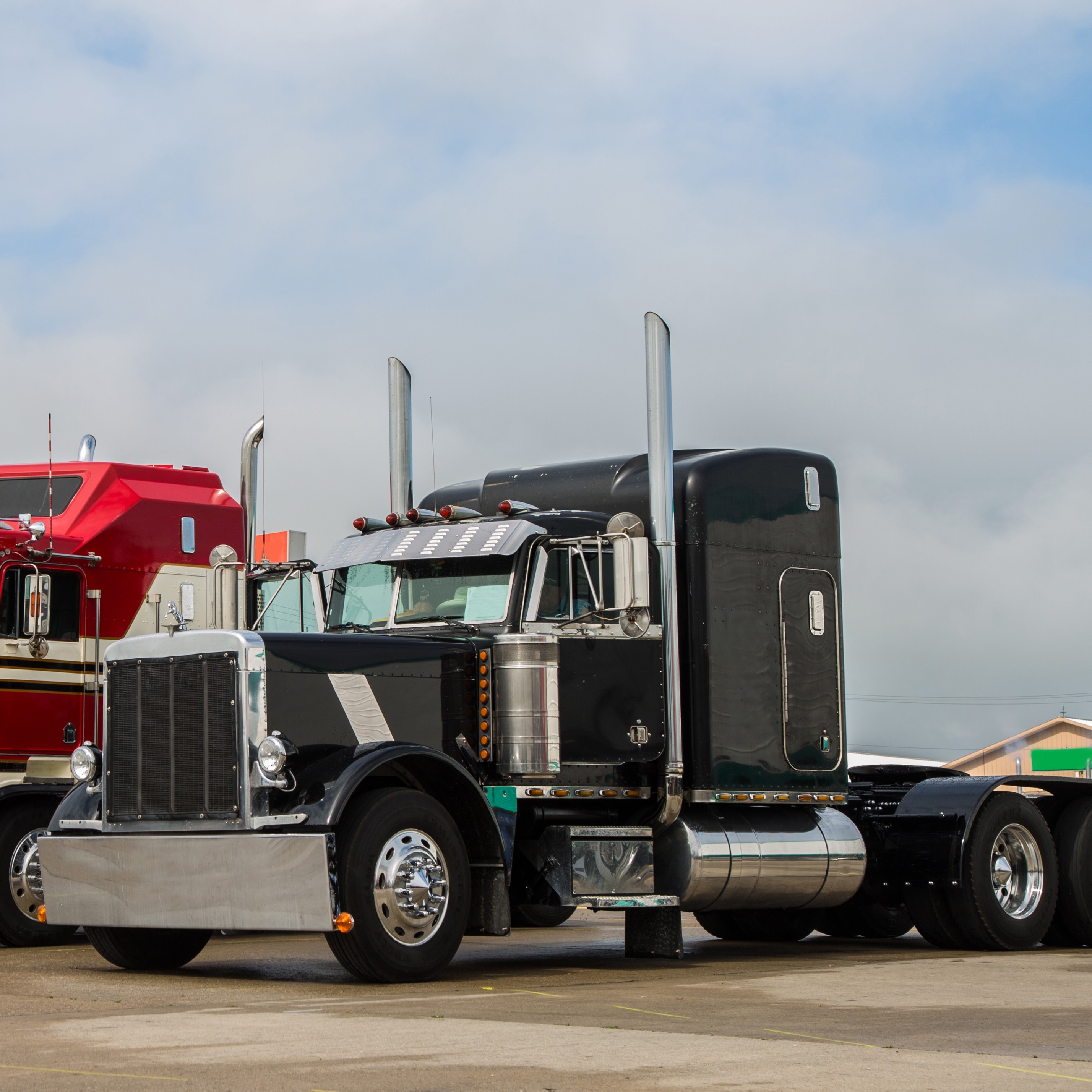 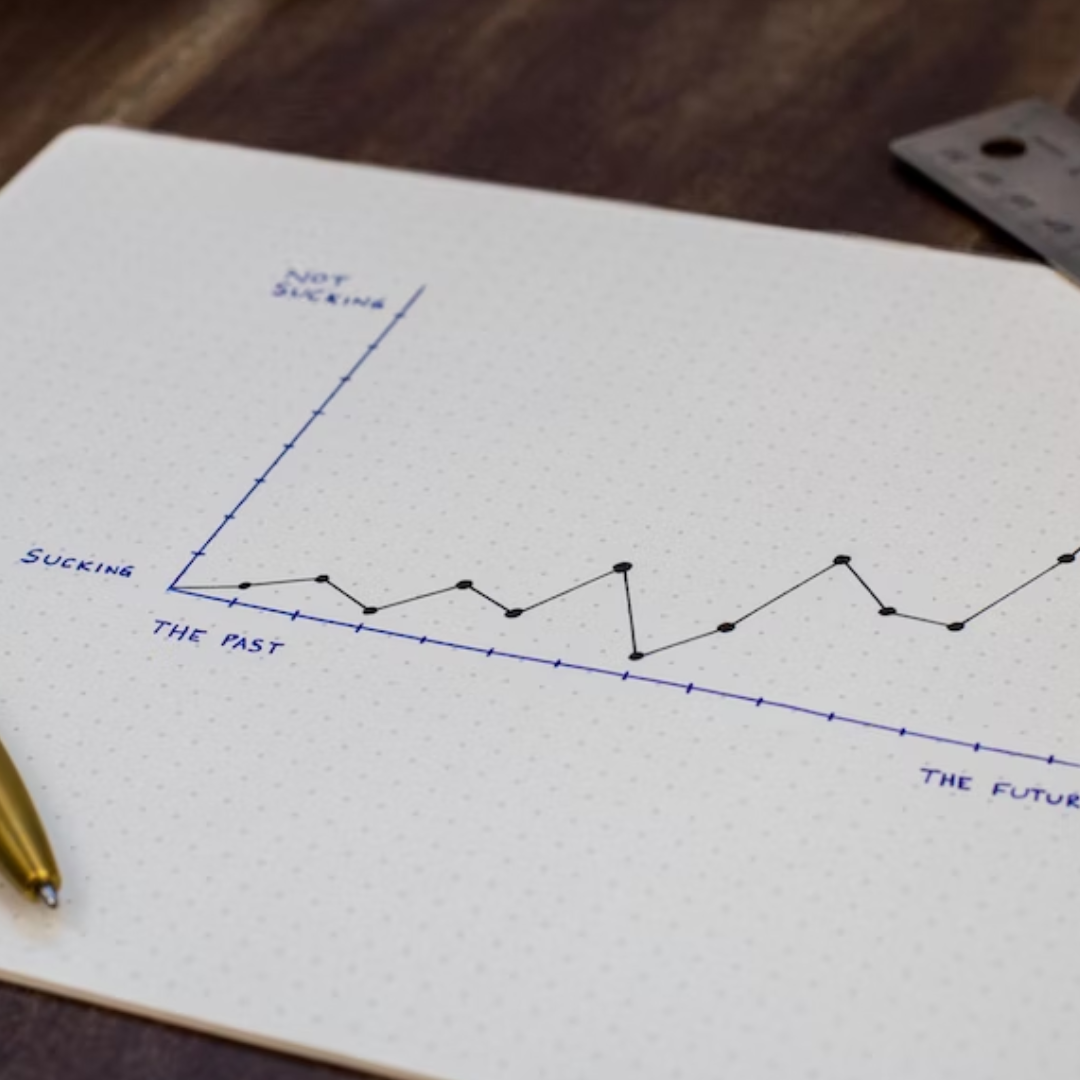